Welcome to our NIF Newsletter. In this week’s headlines: Israeli authorities spark outrage as they begin the demolitions of Palestinian shops and homes in the Jerusalem neighborhood of Silwan, the United States carries out airstrikes against militia group facilities in Iraq and Syria accused of engaging in attacks on American personnel, Russia and China renew their friendship and cooperation treaty, and Libyan delegates meet for United Nations-facilitated talks aimed at paving the way for the country’s planned elections later this year in December. 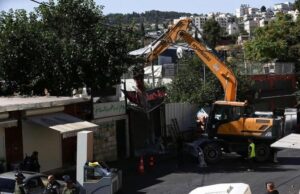 Activists have condemned the behavior, which seeks to forcibly expel Palestinians from their generational homes and businesses. (Photo from Getty Images)

Israeli authorities began their demolitions of Palestinian shops and homes in the East Jerusalem neighborhood of Silwan this week, sparking outrage and condemnation. Israel had distributed demolition orders for the generational homes of 13 Palestinian families and others, with social justice and rights activists highlighting that the action is aimed at altering the demographic structure of the area to make way for more illegal Israeli settlers. Israeli forces raided the neighborhood and escorted a bulldozer through the streets of Silwan, firing tear gas canisters and rubber-coated steel bullets at local Palestinian residents who had gathered to oppose the demolitions and inequitable permit building policies. The building permits required in Israel are discriminatory toward Palestinians, with the attainment of them near impossible, and home demolitions and court-ordered forced displacements are designed to drive them from the city of Jerusalem. In addition to the human rights violations being committed through the demolition orders and biased building permit practices, Israeli authorities were also criticized for their abusive response to activists protesting the controversial behavior.

Airstrikes in Iraq and Syria 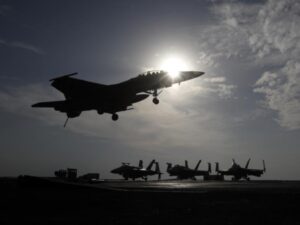 The airstrikes mark the second time that the Biden administration has taken such action in the region since taking office. (Photo from AP)

Earlier this week, the United States carried out airstrikes against militia group facilities in Iraq and Syria accused of engaging in attacks on American personnel. This is the second such military action in the region initiated by the Biden administration since taking office earlier this year. The strikes killed several militia members and destroyed facilities that reportedly were designated for weapon storage or operational activities. The groups are believed to have launched a drone attack which resulted in American troop casualties, with a militia alliance in the region threatening to respond to the round of U.S. airstrikes. In addition to their drone attacks, the militia groups have also been accused of firing rockets at military bases and targeting convoys with deadly explosives. The developments in the preceding days mark a boiling over of hostilities, with the possibility of continued retaliations and attacks from both sides. 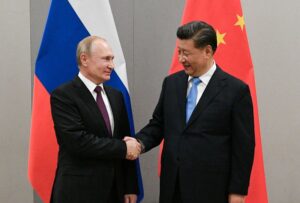 The ruling governments in the two countries have also highlighted the importance of their strategic ties. (Photo from Reuters)

Russia and China Renew Their Friendship and Cooperation Treaty

This week, the leaders of Russia and China renewed their friendship and cooperation treaty, as the two countries seek to strengthen their shared interests and standing on the world stage. The move comes amid strained relations between the respective regimes and the West, with Russian President Putin and Chinese President Xi hoping that it will serve as a mutual benefit to both parties. Putin expressed that the original signing of the agreement back in 2001 had helped lead to the current positive state of Russian-Sino ties, with the latest renewal extending the treaty for an additional five years. Putin and Xi have also highlighted the importance of their strategic relationship, particularly in the face of deteriorating ones with the United States and its Western allies due to legitimate concerns regarding serious human rights abuses committed by the ruling governments in both Russia and China. Ultimately, through the renewal of the pact, the signatories will strive to solidify their trade and security ties while also protecting each nation’s global foreign policy agenda. 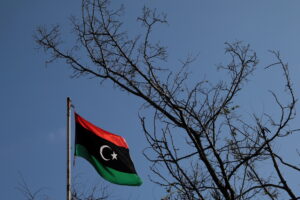 The discussions this week revolved around establishing the constitutional basis for the planned elections. (Photo from Reuters)

Delegates from Libya took part in four days of United Nations-facilitated talks this week aimed at creating the legal conditions for the country’s planned elections later this year in December. The meeting worked towards ensuring a free and transparent election, and also highlighted the importance of a full withdrawal of foreign troops from the North African nation. The ceasefire between the internationally-recognized Government of National Accord (GNA) and the Libyan National Army (LNA) has been in effect since late October 2020, and has enabled the current political transition phase. Abdul Hamid Dbeibeh is serving as the temporary prime minister for the interim government facilitated by the United Nations until elections are held on December 24th, 2021. While the transitional government is in place, the United Nations has also been tasked with monitoring the ceasefire via a maximum of 60 personnel officials in the country. The so-called Libya Quartet – made up of the United Nations, the African Union, the European Union, and the Arab League – has collectively emphasized the need for a total expulsion of foreign fighters in order to secure a lasting and peaceful political solution.