Welcome to our NIF Newsletter. In this week’s headlines: Netanyahu is ousted as prime minister as the Israeli Knesset narrowly approves a new coalition government, the 47th G7 Summit takes place and addresses pressing foreign policy issues while promoting international cooperation and shared values, and President Biden and Turkish counterpart Erdogan meet in an attempt to reset U.S.-Turkey ties. 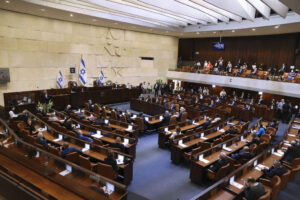 The new coalition government was approved by the Knesset via a razor-thin vote margin of 60-59. (Photo from AP)

Earlier this week, Benjamin Netanyahu was deposed as prime minister after Israel’s parliament, the Knesset, narrowly approved a new coalition government by a slim margin of 60-59. Naftali Bennett, a former ally of Netanyahu, has become prime minister and is slated to serve two years in the post before handing the reigns to political partner Yair Lapid under the agreement to rotate the position. The coalition is comprised of a range of improbable partners from the extremist-nationalist right to the liberal left who are simply unified in their deep hostility towards Netanyahu. Due to his controversial governing style and a serious ongoing criminal case against him, Netanyahu himself had failed to recruit partners to form a coalition, which resulted in the mandate being given to opposition parties to try and do so. The unlikely coalition government largely came to fruition on its anti-Netanyahu platform against the criminally-indicted former premier. Now that Netanyahu has been removed from power, Bennett is faced with the challenging task of holding the delicate bloc together – which shared a strong desire to oust Netanyahu but has major disagreements on substantial policy issues. As such, some analysts suspect that the new government will avoid addressing polarizing topics which could jeopardize the fragile alliance. 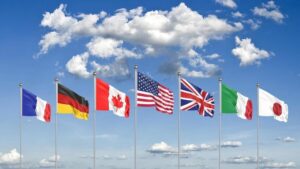 The G7 countries met and discussed topics like pandemic recovery and plans for future prosperity. (Photo from Ruptly TV)

The 47th Group of Seven (G7) Summit was held this past week, with the respective countries tackling pertinent foreign policy topics and promoting their continued cooperation. The United Kingdom hosted the summit after the event was cancelled in 2020 due to the coronavirus pandemic, and Australia, India, South Korea, and South Africa were invited as guest nations to observe the proceedings. The G7 set a goal to end the pandemic by 2022 and addressed how recovery from the year-plus health crisis should proceed. Leaders from the seven nations are using a reconstruction approach to incorporate green technology and gender equality into the recovery process, which also involves increasing pandemic preparedness, bolstering the individual nations’ economies, and promoting free trade. The countries acknowledged their need for continued international cooperation and the shared responsibility and commitment of upholding freedom, democratic principles, and the respect for human rights across the globe. Lastly, they delved into foreign policy issues such as Chinese and Russian relations, condemnation of the Myanmar military coup, and support for Ukraine’s sovereignty. 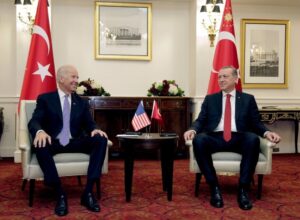 U.S. President Biden and Turkish counterpart Erdogan met this week in an effort to mend ties between the two countries, with both leaders seeking to improve relations. While the United States and Turkey have had some notable disagreements, Biden and Erdogan spoke about the benefits of cooperation and the importance of maintaining each other as allies. Turkey holds a strategic position in Europe that is invaluable to both the United States and the North Atlantic Treaty Organization (NATO). As such, the United States is keenly interested in preserving a friendly relationship because of this and the fact that Turkey serves as a critical security partner. In turn, Turkey has been faced with a struggling economy due to the COVID-19 health pandemic, a development which has demonstrated the significance of American and NATO support. Many of Turkey’s trade partners are NATO members, and the country has been driven to uphold relations and reset ties with the United States, particularly as the Biden administration itself looks to restore America’s place on the world stage in the aftermath of the Trump era.