Welcome to the latest edition of the NIF Newsletter. In this week’s headlines: tensions escalate between Israel and Lebanon, the President of Iran makes a statement regarding potential talks with the United States, China warns against foreign interference in Hong Kong, and the Prime Minister of the U.K. shuts down Parliament over Brexit. 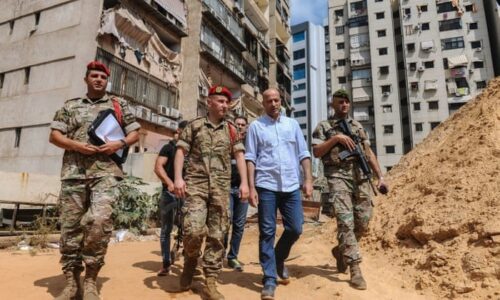 Lebanese military investigators in Beirut examine the site of an Israeli drone attack. (Photo from The Guardian)

Israeli drones crashed down in the city of Beirut last week, prompting strong condemnation from Lebanon’s Prime Minister and President. Prime Minister Saad Hariri called these actions a threat to the country’s sovereignty and an attempt to stoke regional tensions, while President Michel Aoun emphasized Lebanon’s right to defend its territorial integrity in the wake of these attacks. Later in the week, the Lebanese Army retaliated by opening fire on Israeli surveillance drones over southern Lebanon. 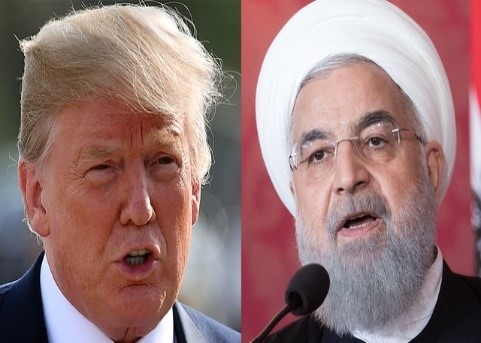 Rouhani Tells the United States: No Talks Until Sanctions are Lifted

The President of Iran, Hassan Rouhani, has ruled out the possibility of talks with the United States until all sanctions are lifted and added that any gathering between the two countries outside of these conditions would be nothing more than a photo op. This statement came a day after his American counterpart, Donald Trump, said that he would be open to a meeting under the “correct” circumstances to discuss their standoff over the 2015 nuclear deal that the U.S. President abandoned. At the recent G7 summit in Biarritz, French President Emmanuel Macron expressed hopes of brokering a meeting between Iran and the United States. 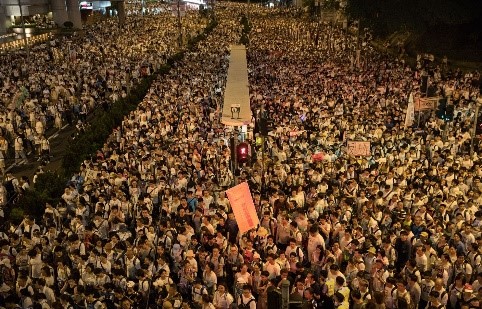 Thousands of pro-Democracy protesters gather in the streets of Hong Kong. (Photo from The Washington Post)

Over the past few months, protests have intensified throughout Hong Kong, one of two special administrative regions of China. These rallies were initially sparked by opposition to a proposed bill that would allow people in Hong Kong to be extradited to mainland China, but has gradually evolved into a broader pro-Democracy movement. This past week, China warned against foreign interference after leaders at the G7 summit issued a joint statement supporting Hong Kong’s autonomy, with Chinese officials stressing that “Hong Kong’s affairs are purely China’s internal affairs.” 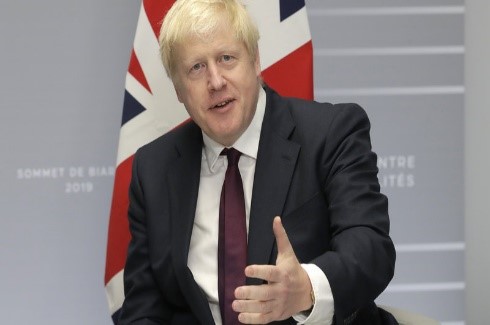 In what looks like an attempt to prevent members of Parliament from blocking a no-deal Brexit before the October 31 deadline, U.K. Prime Minister Boris Johnson received the Queen’s approval to suspend Parliament until October 14. This has sparked outrage amongst opposition leaders who see the Prime Minister’s actions as a blatant attempt to circumvent the democratic process, particularly since the majority of lawmakers oppose a no-deal Brexit. Members of Parliament will now have a very small window of time to negotiate a Brexit deal or stop the U.K. from leaving the European Union without an agreement at the end of October.