Welcome back to the National Interest Foundation’s newsletter!

This week opened with the last days of Ramadan, Islam’s holiest month, which was followed by the holiday Eid al-Fitr. Celebrants gathered throughout the world, including the United States.

It has been a busy time for policy as well, with a string of executive decisions that have brought about strong debate.

Last month, on the eve of Memorial Day weekend, the Trump administration declared an “emergency” in order to fact-track arms sales (and beyond) to the Saudi government. On May 24th, Secretary of State Mike Pompeo declared that Congress should not review the sales due to “political, military, economic, human rights and arms control considerations.”

The alleged “emergency” grows out of the administration’s current stance towards and tensions with Iran. Under normal circumstances, such a sale would run through Congress, but congressional skepticism in both parties led the administration to circumvent that. (Congress has blocked the legislation that would have allowed this to proceed legally.) It should be noted that this is not a conventional sale of weaponry, which raises concerns beyond just the constitutional issue. The authorization will allow the defense contractor Raytheon to share top secret American military technology with the Saudis in order for them to build their own smart bombs. This would raise concerns both for national security reasons, as it would enable the Saudis to produce and sell the weapons at will. 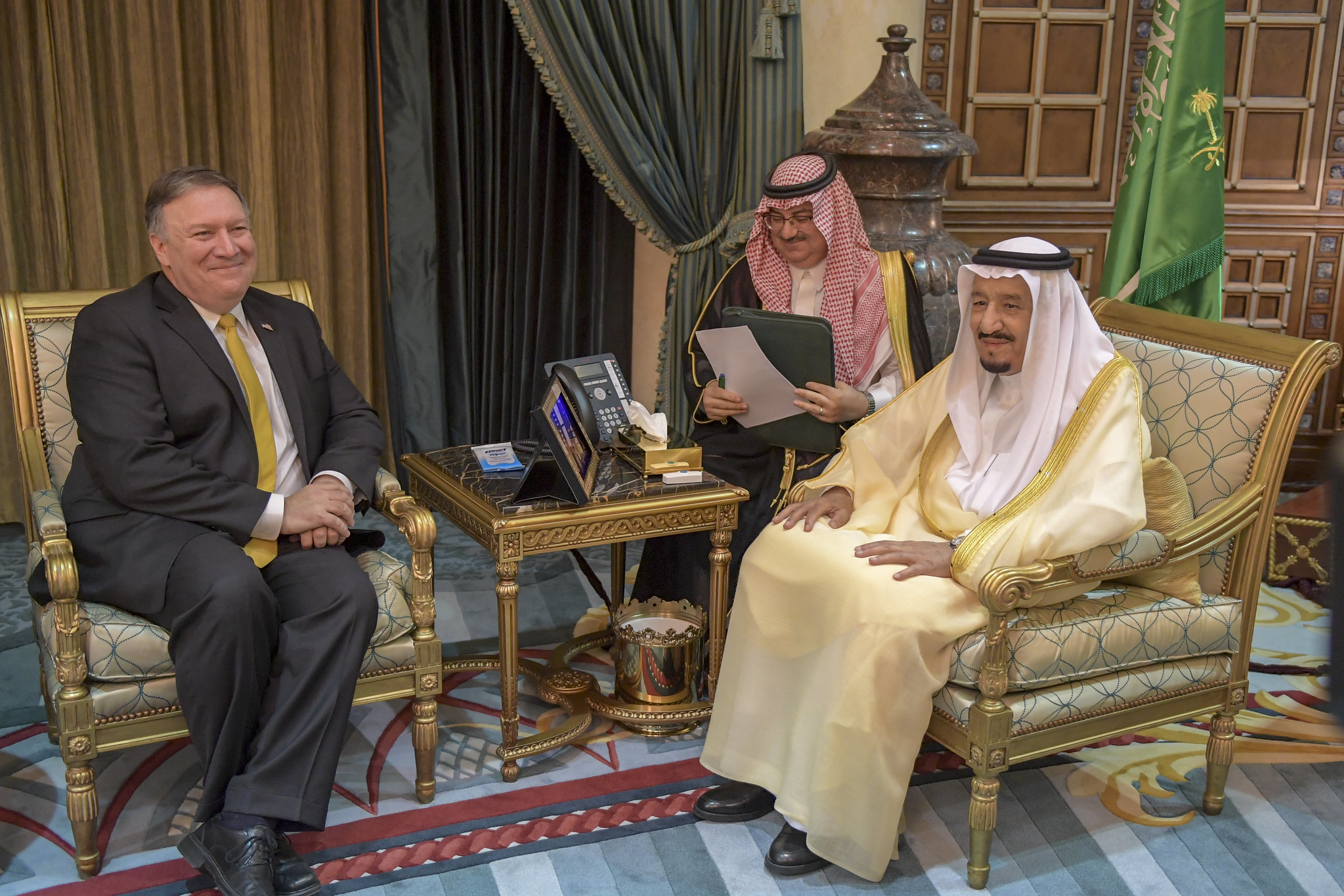 Furthermore, with the ongoing Yemen war, the Saudi government has been bombing civilians throughout its poor neighboring country. If the Saudi government is able to do produce the weaponry without first having to go through the US, it is likely that the attacks will expand accordingly.

The unconventional use of “emergency” powers raised rebukes throughout congress, from hawkish and noninterventionist legislators alike. A bipartisan group is pushing for 22 votes to block this set of arms sales, with a strong constitutional argument behind them. Whether or not Congress’s constitutional supremacy in these matters will be acknowledged remains to be seen.

“Deal” for peace between Israel and Palestine. The details remain elusive, except for an upcoming conference (which the Palestinian Authority will not attend) in Bahrain focused on investment, and after recent criticism from Secretary of State Mike Pompeo, who called it “unexecutable”, which was subsequently backed up by the president (in a reversal from effusive praise for the plan), it seems possible that the details of this plan may never come out. A further complication has been the failure of staunch Trump ally, Prime Minister Benjamin Netanyahu, to form a government– which will lead to a new election this September. Given the close ties between the White House and Netanyahu, this could well mean that a new plan will be developed in order to improve the prime minister’s election prospects. Where previous administrations of both parties had sought to appear impartial in the conflict, the Trump administration has taken a much more hawkish stance in favor of Israel, and the Israeli Right in particular. This has garnered criticism from subject matter experts, and has led to skepticism about the White House’s interest in a fair settlement. Still, the details are set to be announced later this month at the Bahrain conference, and this demands attention.

The Trump Administration is not the only actor that is pursuing an unprecedented arms-sale strategy to the Gulf. As part of the new Saudi-Emirati-Israeli alliance, Israeli firm NSO Group has sold a cyberweaponry product called Pegasus to the United Arab Emirates and the Kingdom of Saudi Arabia. The technology allows users to hack into phones, track their owners’ movements and behavior, and of course acquire personal data. NSO insists publicly that the product is solely for straightforward law-enforcement and counterterrorism uses, however the sales show that this is clearly not the case. Palestinian-Emirati journalist and activist Iyad el-Baghdadi was deported from the UAE in 2014 due to a tweet about Egypt. He has since been living under asylum status in Norway, where state authorities recently informed him of credible threats to his life and cyberattacks by the Saudi government, using Pegasus. It is not surprising, given the history of Saudi and Emirati policy, that they would use this supposedly military technology against civilian critics. Iyad el-Baghdadi is an internationally-known figure and his story has attracted the eyes of many fellow journalists and activists throughout the world. But for every el-Baghdadi, there are likely countless unknown, domestic figures targeted, spied on, and punished by the state. It is likely that the proliferation of such technology will cause a chilling effect on civil society under these regimes– while this is undoubtedly the governments’ goal, it makes for an unhealthy polity. 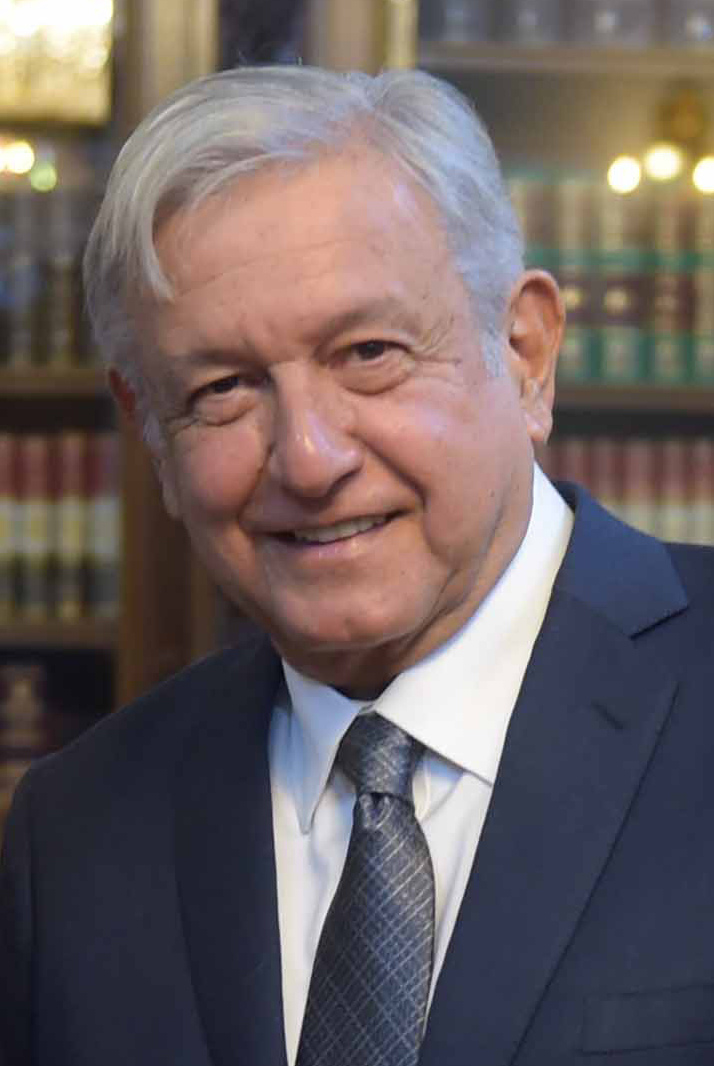 President Trump threatened to begin taxing Mexican imports with a 5% rate that would begin on Monday and rise to 25%, claiming that this would stem illegal immigration. The pending order was met with criticism, with experts pointing out that a disrupted Mexican economy would only increase emigration. The announcement alone had shaken Mexican markets, and businesses on both sides of the border were bracing for the new taxes. Tonight, however, the president announced that he came to an agreement with Mexico and will no longer proceed with the tariff plan. The Mexican government in turn insists that it will increase immigration controls. Details of the agreement have yet to be released, and the president demanded earlier that Mexican customers purchase more American produce. Though an economic disruption seems to have been averted here, the President’s use of a national security provision to unilaterally levy tariffs has been continually criticized on constitutional grounds, as the power technically belongs to Congress. Despite the administration’s claims, this seems to have not been achieved through the tariff threat. Mexican and American officials revealed that in fact the two countries had already agreed on these issues months ago.

Deal of the Century

Join us next week, on June 12th, for a luncheon discussion with Israeli human rights activist Jafar Farah, founder of the

Mossawa Center, to discuss the prospect of peace between Israel and Palestine, in light of the proposed Kushner deal, Israel’s uncertain election, and the upcoming economic event in Bahrain. You can RSVP here.

The event will be held at the National Interest Foundation’s Washington DC office, from 12 PM to 1:30 PM, which is located at:

We look forward to seeing you at the event and continuing the conversation with our readers in real-time. The event will be streamed for those who can’t make it, and we will post the streaming link as soon as it is available.